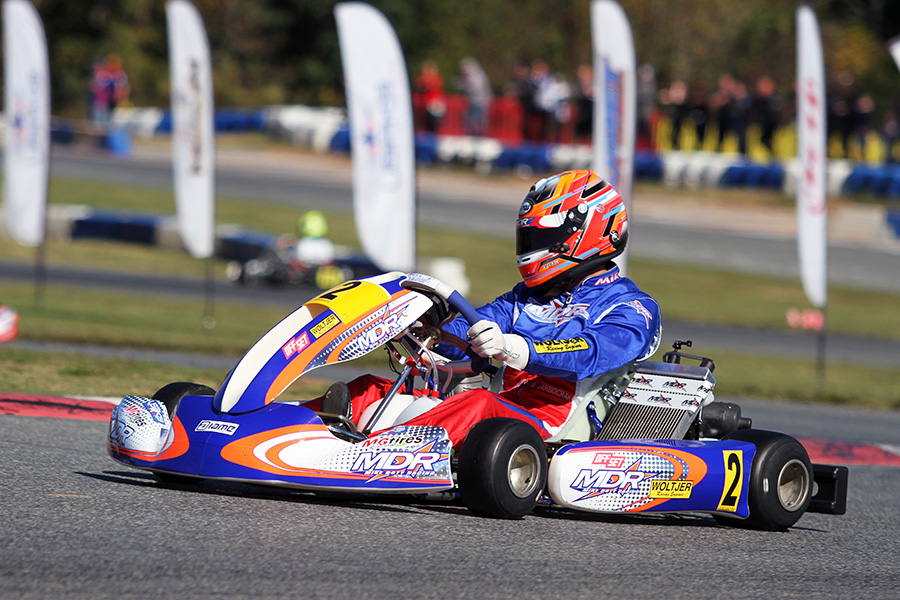 The penultimate round of the 2020 United States Pro Kart Series was completed on Saturday at the GoPro Motorplex with the Carolina Grand Prix getting underway with official racing. Sunny skies greeted the record entry field in the seven IAME categories at the Mooresville, North Carolina facility, beginning with colder temperatures in the morning but warmed with each on-track session. The long Prefinal and Final divisions pushed the competitors all day, setting up for the final stage of what is a championship run for a select few. 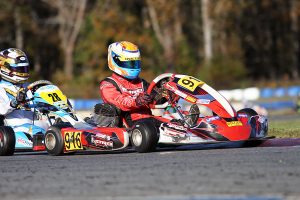 Brandon Jarsocrak (MDR / Kosmic) came into the weekend leading the championship, but holding a zero in the win column. Today changed that with Jarsocrak putting in a championship performance to win both the Prefinal and Final. Four-time SKUSA Pro Tour champion Ryan Norberg (RPG / Kosmic) set the quick time in qualifying with the point leader on the outside of the front row for the Prefinal. After a competitive Prefinal, Jarsocrak came out with the win and the pole for the main event. From there, the three-time defending series champion led all 24 laps for his first victory of 2020, and extended his championship lead over Pauly Massimino (MDR / Kosmic) who finished seventh. Behind him, Canadian Thomas Nepveu (PSL / Birel ART) led the challenge position until Luca Mars (SCR / Redspeed) took over the position. A late charge by Norberg and Jonathan Portz (RPG / Kosmic) with fast laps of the race put them into second and third on the podium. Mars fell to fourth with Nepveu in fifth. 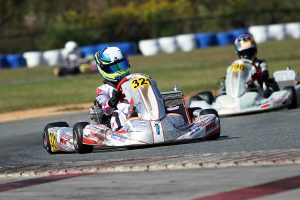 The KA100 Senior division welcomed its fifth different winner on the season today. Championship leader Brandon Lemke (FMS / Merlin) posted the fast lap of qualifying, and led the majority of the Prefinal until the final two laps. Senior rookie Hayden Jones (Nitro / Tony Kart) took over the top spot and score the win. In the Final, Lemke was shuffled back to fourth with Jones joined out front by AJ Myers (Magik) and Hannah Greenemeier (RPG / Kosmic), both making their first USPKS start in the category. Lemke lost ground to the top three, and eventually reeled them in with Myers at the point. Lemke made quick work, jumping up to the lead with three laps remaining. Myers and Jones worked together to close back in on Lemke, pulling the trigger on the final lap. At the hairpin, Lemke defended low, and Myers went even lower. They both drifted up wide, with Jones able to slid under and past both. Jones reached the line first to win his first main event on the year. Lemke won the race for second with Greenemeier in third. Myers settled for fourth. The drive of the race was Pauly Massimino (MDR / Kosmic). Starting last in the 42-kart field, the 2019 SKUSA SuperNationals winner posted fast laps of the race to climb to fifth. 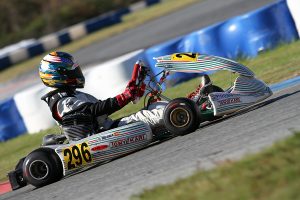 X30 Junior was the first category in the order, and provided one of the most thrilling main events on the day. Title contender and defending champion Brent Crews (KSNA / Kart Republic) posted fast time in qualifying, but was shuffled back to 20th in the Prefinal after 18 laps and penalties. Up front, championship contender Alex Stanfield (Crosslink / Exprit) edged out Max Opalski (RPM / Tony Kart) for the win. They were joined at the front in the Final by Mateo Rubio-Luengo (Supertune / Tony Kart), Thomas Annunziata (TFR / Kart Republic) and John Burke (Supertune / Tony Kart). Opalski, Mateo, and Annunziata all led up until two laps to go. Rubio-Luengo led at the white flag, and the battle began. A number of exchanges took place on the final circuit, with the group bunching up at the hairpin. Opalski came out with the lead, and scored the victory, his first on the year. Stanfield recorded the fast lap of the race, coming away with the second position ahead of a charging Crews. Alessandro de Tullio (Parolin) was another late charger, ending up fourth with Burke in fifth. Point leader Jace Park (SCR / Redspeed) finished 11th and finds himself back to third in the point standing behind Stanfield and Crews heading into the finale.

Mateo Rubio-Luengo (Supertune / Tony Kart) scored his second victory of 2020 in KA100 Junior. After winning the Prefinal, he broke away from the field along with Christian Miles (KSNA / Kart Republic) following. They ran 1-2 the entire 22-lap race, with Mateo recording fast lap in the closing circuits to pull out to a 1.9-second advantage. Point leader Brent Crews (KSNA / Will Power Kart) beat out Noah Baker (Supertune / Tony Kart) to the line for third, but given a two position penalty for avoidable contact. However, Baker was removed following tech, thus promoting top qualifier Cameron Weinberg (Supertune / Tony Kart) to third and dropping Crews to fourth. Aiden Levy (Tony Kart) completed the top-five. 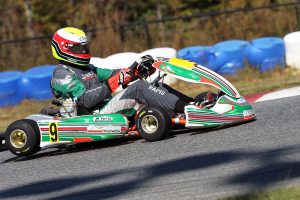 The X30 Masters class was swept by Max Papis (Orsolon / Tony Kart). Papis was challenged in the Prefinal by Scott Roberts (SCR / Redspeed), winning the race. Roberts got the jump on Papis at the start of the Final, but a mechanical issues put him on the sideline after the opening lap. That allowed Papis to take over the lead, and with fast laps of the race, drove to a 2-second advantage. Defending champion David Galownia (TimmyTech / CompKart) took over the second spot, holding strong to the checkered flag. Trevor Adams (Tony Kart) held the third spot until a mechanical issue put him on the sidelines after 19 laps. That promoted championship leader Scott Kopp (FMS / Exprit) to the third step of the podium. Sean Owens (Crosslink / Exprit) drove to fifth, but received a two position penalty, dropping him to sixth and moving Rob Maier (RPG / Kosmic) to fourth and Scot Carapellatti (Kosmic) fifth. 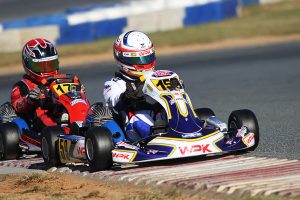 A third victory for 2020 was earned by Max Garcia in Mini Swift. Garcia (KSNA / Will Power Kart) was fifth after qualifying with Round One winner Matias Orjuela (Parolin) at the top. Orjuela came out as the winner in the Prefinal, but found himself trailing in the Final. Garcia and Spencer Conrad (Nitro Kart) locked up to pull away from the field. Garcia led the majority of the race, with Conrad assuming the point with three laps to go. The hairpin corner decided the race on the last lap, with Garcia working around Conrad, and winning the race to the line for the victory. Orjuela drove to third to complete the podium with Parker DeLong (Nitro Kart) charging from 27th to fourth with fast laps of the race. Davis Cunningham (Speedsportz / Birel ART) won the fight for fifth. 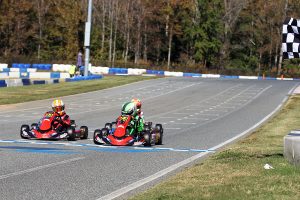 A great battle settled the victory in the Micro Swift division. Carson Weinberg (Nitro Kart) set fast time in qualifying while Cade Jaeger (Nitro Kart) won the Prefinal. They were joined at the front with point leader Jack Iliffe (IRM / Tony Kart). Iliffe led, then Weinberg led, and Jaeger took control with two laps remaining. The race went down to the wire with Jaeger securing the lead in the hairpin, and holding on at the line by 30 thousandths of a second. Weinberg was second with Iliffe third. Vivek Kanthan (MDR / Kosmic) overcame a DNF in the Prefinal, coming from dead last, 23rd to fourth, working past Gianmatteo Rousseau (Nitro Kart) late in the race.

The final round of the 2020 United States Pro Kart Series will close out on Sunday, with the sixth round of the championship. Tune in for the Carolina Grand Prix on EKN Live and watch the social media network for updates and photos. 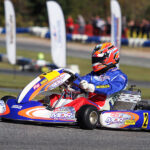