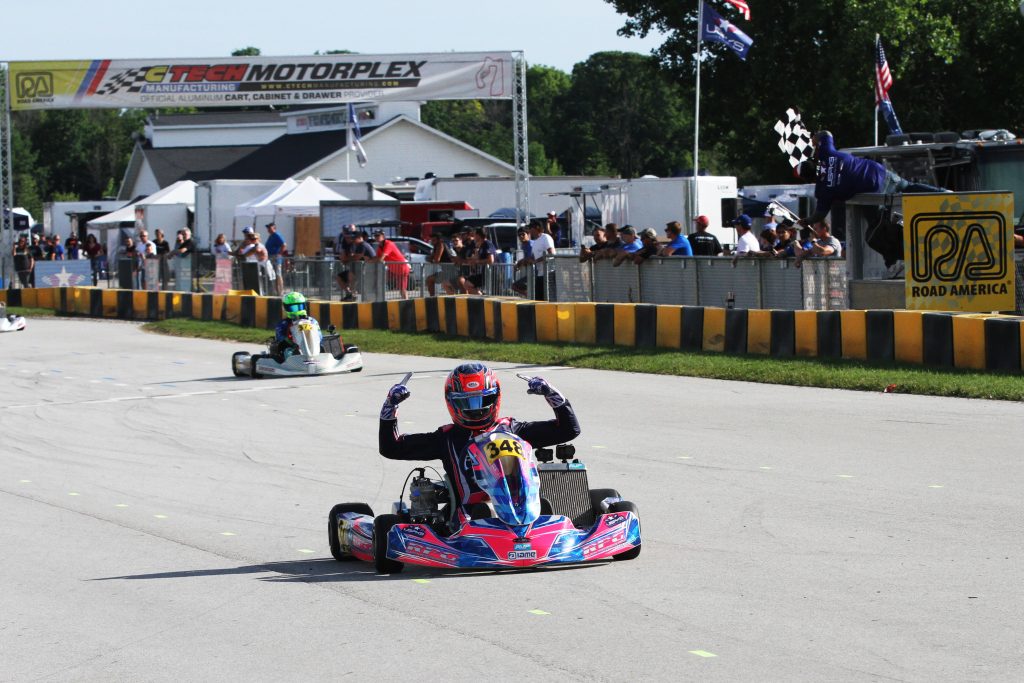 The second half of the season kicked off on Saturday for the United States Pro Kart Series presented by MG Tires. Round Five of the 2021 championship was contested at the CTECH Manufacturing Motorplex at Road America. Record numbers for the series at the Elkhart Lake, Wisconsin facility in the seven IAME categories battled throughout the day with perfect weather conditions. In all seven classes, the same driver won the Prefinal and Final on the day to complete a solid performance.

It was a perfect day for the Rolison Performance Group / Kosmic driver Ryan Norberg in the X30 Pro division. Norberg led throughout the day, beginning in qualifying with a 45.839-lap, and leading the 16-lap Prefinal and 22-lap Final. Four drivers were able to break away in the Final with Norberg able to hold back two-time winner Connor Zilisch (Nitro Kart / Tony Kart), Pauly Massimino (RPM / Tony Kart) and Nathaniel Cicero (RPG / Kosmic). Alex Stanfield (Crosslink / Exprit) closed up late in the race, but still ended up in the fifth spot. 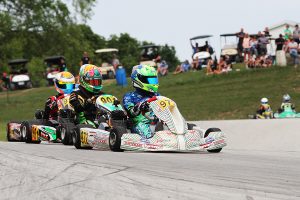 Three different drivers held the lead in the KA100 Senior main event. Top qualifier and Prefinal winner Connor Zilisch (Nitro Kart / Tony Kart) was joined by defending champion Brandon Lemke (FMS / Merlin) and Gavin Bayliff (Trinity / Kart Republic). Lemke led at the white flag with Zilisch able to get a good run off the last corner and make the move for the lead into turn one. Lemke fought back throughout much of the last lap, with a little bit of contact into the ‘corkscrew’ turn. Lemke slid wide, allowing a number of drivers to slip past. Zilisch would hold on to the lead for his third victory on the season in the category, extending his championship lead. Nitro Kart teammate Hayden Jones (Redspeed) posted fast lap of the race and crossed the line in second ahead of Bayliff, who recorded his first podium finish. Arias Deukmedjian (TKG / Kart Republic) was fourth with Cole Morgan (RPM / Tony Kart) in fifth. 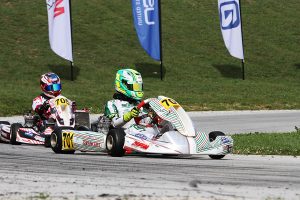 Carson Morgan (RPM / Tony Kart) made his 2021 USPKS debut on the day in both X30 Junior and KA100 Junior, earning both victories. Morgan was able to lead throughout the day in X30, from qualifying to the Prefinal and Final. Ayden Ingratta (SCR / Redspeed) posted fast lap of the race, trailing Morgan but was unable to make a move for the top spot. Justin Adakonis (MDR / Kosmic) won the battle for third with Christian Miles (MDR / Kosmic) crossing the line in fourth ahead of Cameron Weinberg (MDR / Kosmic). 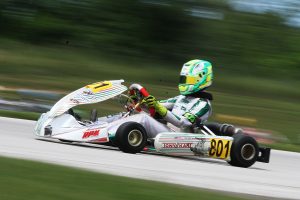 Morgan lead throughout the day in the KA100 Junior division, but was challenged early by Aden Rudolph (Crosslink / Exprit). After fighting off Rudolph, Morgan led all 22 laps for the victory. The fight was for second with Jeremy Fletcher (TF / Tony Kart) earning the spot ahead of Ayden Ingratta (SCR / Redspeed) and Rudolph. A pushback bumper penalty to Ingratta with a cutting track penalty to Rudolph shuffled up the top-five, moving Chase Hand (RPG / Kosmic) to third with Paker DeLong (RPM / Tony Kart) fourth and Ingratta to fifth. 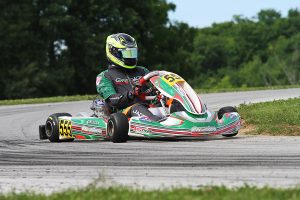 X30 Master driver Renato Jader David (Orsolon / Tony Kart) was the first driver in the class to win twice on the year. It came down to him and defending champion Scott Kopp (FMS / Exprit). Kopp fell back to fifth after starting on the front row next to RJD. He was able to work up into second and run down David. Kopp took over the lead on lap 16, and from there led until the penultimate corner. Renato Jader David was able to slip through and go on to reach the checkered flag first. Kopp ended up second with Cristian Vomir (Tecno Kart USA) winning the fight for third ahead of Derek Wang (Crosslink / Exprit) and Danny Robertson (RPG / Kosmic). 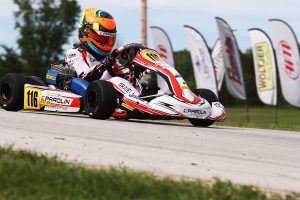 Matias Orjuela (Parolin USA) dominated the day in Mini Swift. Making his first start of the season, Orjuela set fast time in qualifying and led the entire Prefinal and Final for the victory. Ragan Saville (Speedsportz / Birel ART) was close early, and had to fight off challenges on the final circuit for second. Oscar Iliffe (IRM / Tony Kart) ended up third for his first USPKS podium with Enzo Vidmontiene (Benik) recording fast lap of the race in fourth and Asher Ochstein (Benik) in fifth. 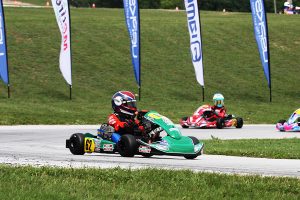 For the second time on the season, Keelan Harvick (Nitro Kart) earned victory in the Micro Swift class. Ethan Tovo (Nitro Kart) set fast time in qualifying with Harvick earning the Prefinal win. Tovo led early before Harvick took over the point. He led the way until two-time NCMP winner Augustus Toniolo (RPG / Kosmic) ran him down and grabbed the lead. On the final circuit, the two fought for the top spot, exchanging the position a few time before Harvick secured the spot following a bit of contact with two corners remaining. Harvick took the victory over Toniolo with Tovo in third. Jackson Gibson (RPG / Kosmic) drove to fourth with Alessandro Truchot (Parolin USA) in fifth.

The sixth round of the series will be contested on Sunday, with full coverage throughout the day on EKN and the social media channels. 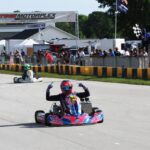