The championships for the 2021 United States Pro Kart Series presented by MG Tires will be determined this weekend with the running of the Carolina Grand Prix at the GoPro Motorplex. The Mooresville, North Carolina facility will host Round Seven and Eight over the October 15-17 weekend. Pre-entries are over 250, making it the fourth straight event above that mark for the 2021 season. The seven IAME categories will be fighting for the final wins on the season, along with deciding the seven champions for 2021. 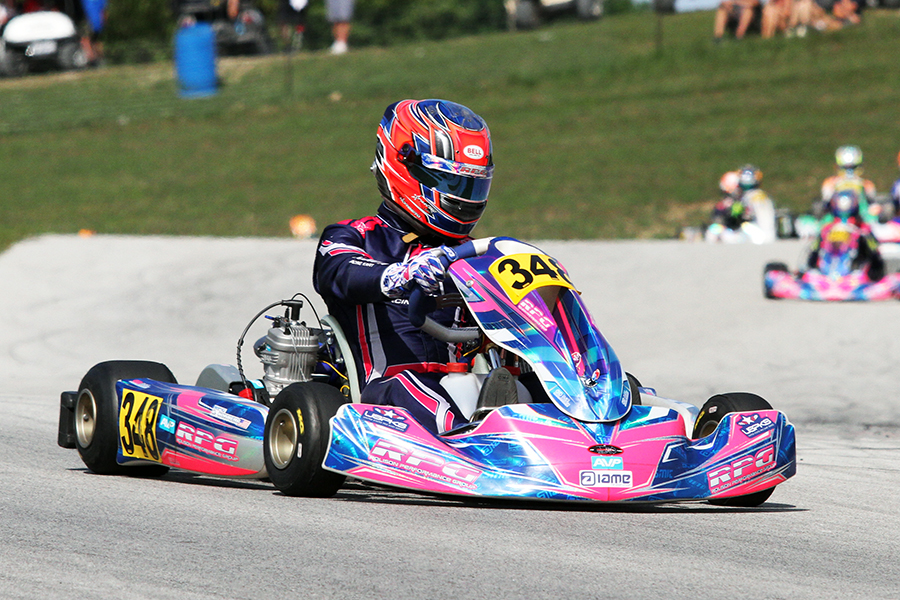 This weekend marks the ninth visit to the GoPro Motorplex in the nine-year history of the United States Pro Kart Series. Completed at the end of 2012, the Mooresville Motorplex hosted its first major karting event in April 2013, the inaugural United States Pro Kart Series. The now-named GoPro Motorplex and USPKS have grown to become the best facility, and one of the top national programs in North America. The 7/10-mile layout is a replica of the Parma Kartdrome in Italy, where many European and international championships were held.

eKartingNews.com is proud to be providing the ninth season of Trackside Live program with United States Pro Kart Series. Tim Koyen will be calling the action all weekend from ‘Race City USA’. Those unable to attend can listen in to the live broadcast – presented this weekend by Franklin Motorsports, Trinity Karting Group, and Parolin USA. Bookmark www.ekartingnews.com/live and follow the EKN social media channels for more throughout the weekend in Wisconsin. 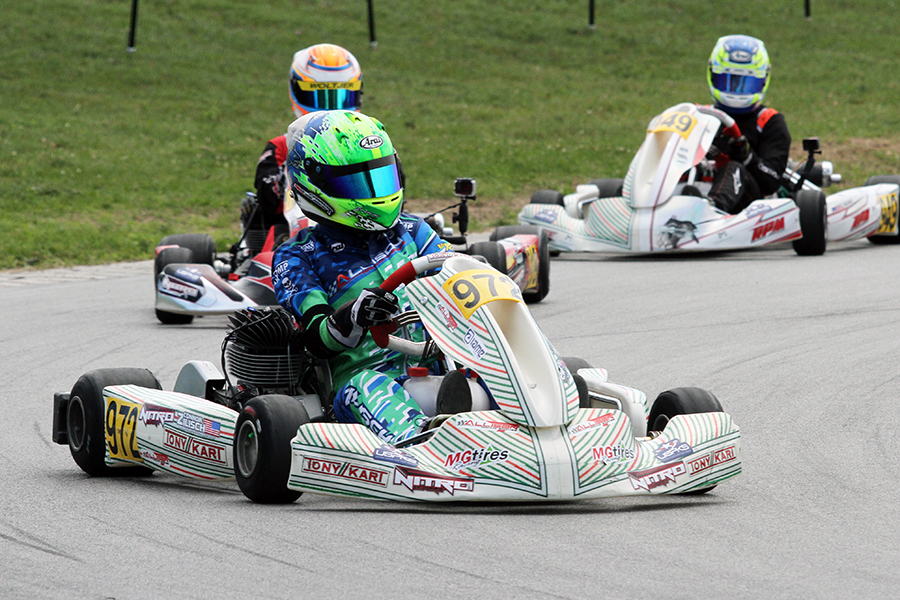 All the categories, aside from KA100 Senior, were capped at 45 drivers. X30 Pro reached that amount and will compete with a full field at the Carolina Grand Prix. For two drivers, it will be about championship points. For the rest, victories. Four-time SKUSA Pro Tour champion Ryan Norberg (RPG / Kosmic) leads the championship standings by 41 points over Senior rookie Connor Zilisch (Nitro / Tony Kart). Norberg has three wins to Zilisch’s two. While the younger driver holds the advantage of home track, Norberg has been in this position for several years now. The driver who was in their position the last four year’s is four-time defending champion Brandon Jarsocrak (MDR / Kosmic). While mathematically still in the hunt, it would take a lot of help and several scenarios to happen in order for him to claim one ring for the thumb. Without a victory yet this season in USPKS competition, you can believe he is gunning for the top step each day. 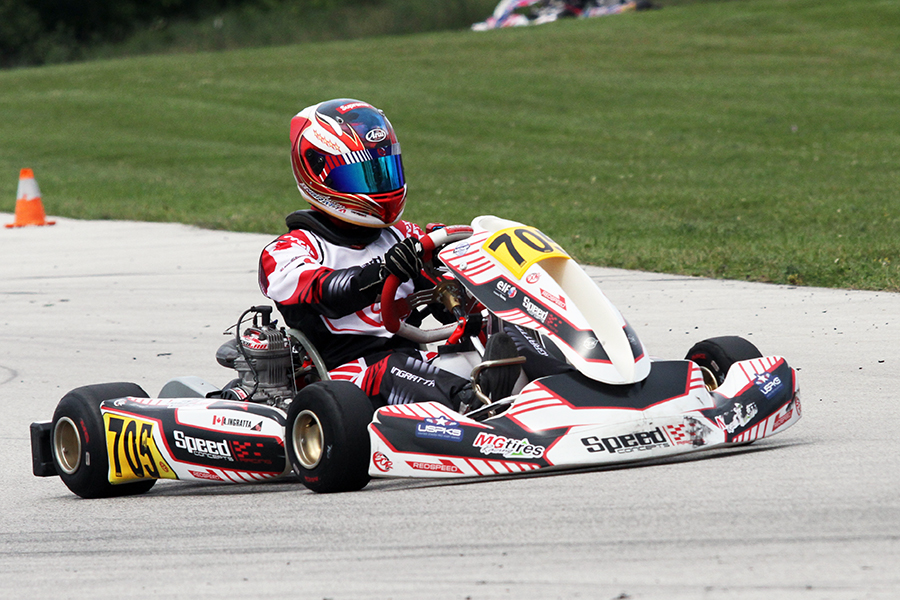 Among those making headlines coming into the weekend, aside from the 19 that are in the top-50 of the EKN TaG Driver Rankings that will be in the mix, include drivers moving to new teams and early rookie movers. Hayden Jones will be making his debut with Rolison Performance Group after years with Team Nitro Kart. Jack Jeffers (SCR / Redspeed) and Paul Bocuse are moving up from the Junior ranks for their first taste of Senior level competition. Rounding out the big story is the inclusion of two NTT IndyCar Series champions. Will Power and Josef Newgarden will be making their USPKS debuts this weekend, racing aboard the Will Power Kart chassis with MPG Motorsports.

KA100 Senior is at the 49 mark in terms of drivers, expected to be above 50 when trackside entry opens. It will run two sets of Prefinals after the grid is set following qualifying, with half in ODD race and the other half in the EVEN race. The final spots for the 45-driver main event will be decided with a Last Chance Qualifier each day for each round. That is something championship leader Connor Zilisch (Nitro / Tony Kart) is looking to avoid. The three-time winner on the season only entered the class because of the big fields at the Ocala opener. Now, he enters the weekend with a 197-point lead with the opportunity to earn two titles in his rookie Senior season. Defending champion Brandon Lemke (Franklin / Merlin) sits second, needing to add to his one win on the season for any hope of knocking Zilisch out of the top spot. Hayden Jones (RPG / Kosmic) will run double duty, sitting third in the standings with EKN Shifterkart Driver Rankings #1 AJ Myers (Magik Kart USA) holding fourth, set to battle once again in single-speed competition. 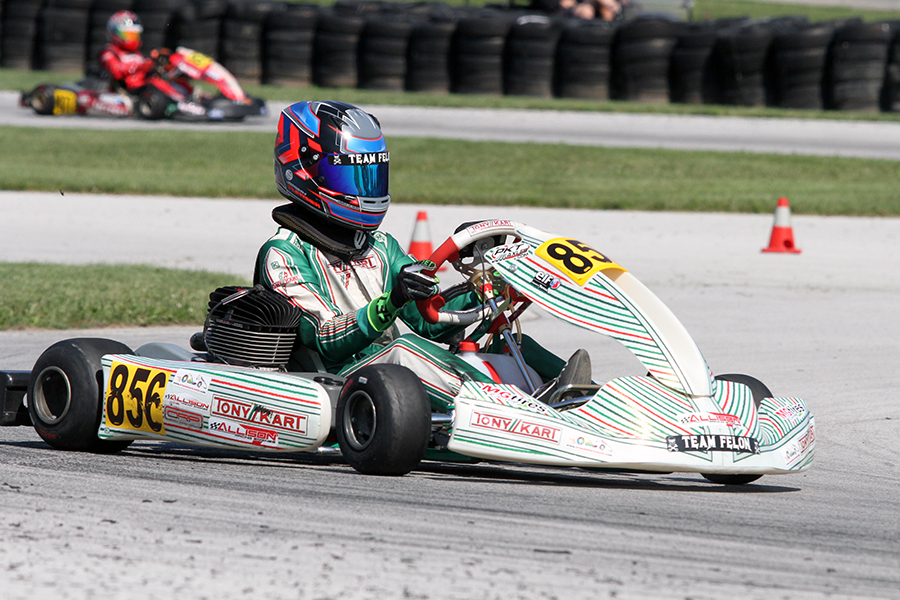 X30 Junior has been an exciting category all season long with five different winners over the six rounds. Three of the winners will be in the 32-driver field this weekend, including the top-two in the championship chase. Round Three winner Ayden Ingratta (SCR / Redspeed) holds a 30-point advantage over Round One victor Jeremy Fletcher (TF / Tony Kart). Christian Miles (MDR / Kosmic) is a close third, back by 73 points searching for his first class victory. Rookie Max Garcia (KSNA / WPK) is also looking for a victory, sitting fourth and only 118 points out of the point lead. Rowan Gill (MDR / Kosmic) and Justin Adakonis (MDR / Kosmic) are within 174 points, making it a six-driver fight for the championship podium. One of the winners from 2021 is making his debut with a new team, as Round Four winner Caleb Gafrarar is making his debut with Rolison Performance Group at his home track. 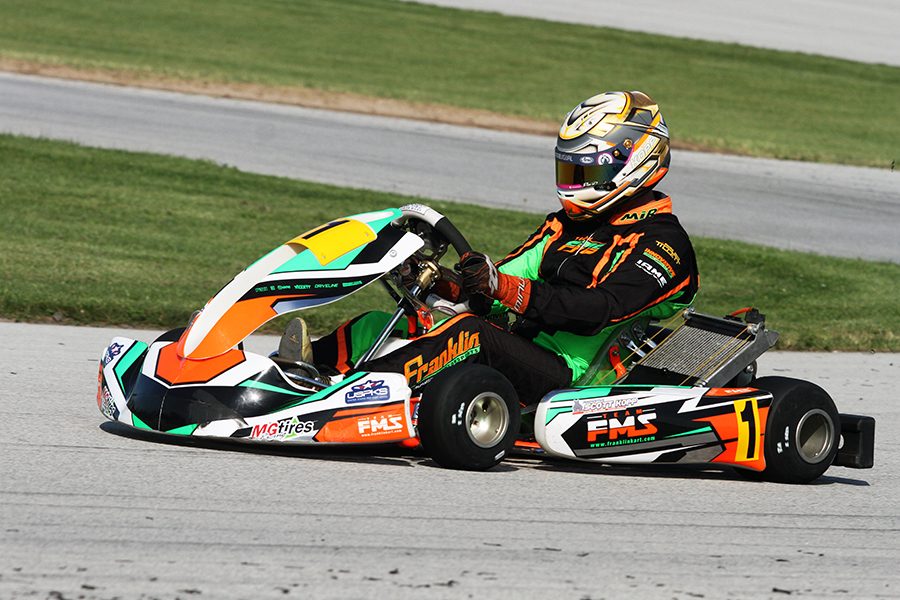 The KA100 Junior field is nearing the cap of 45 drivers, just three short after pre-registration. Three of the four different winners on the year are in the field, including two-time victor and point leader Jeremy Fletcher (TF / Tony Kart). The advantage is 99 points over Parker DeLong (RPM / Tony Kart), who will not be in Mooresville, racing at the ROK Cup Superfinal event in Italy. That hands over the top challenger role to Round Four winner Chase Hand (RPG / Kosmic). Round Three victor Sebastian Wheldon (JC / Kosmic) sits third as the top two challengers to Fletcher. Locals could be a factor on the weekend, as they typically perform well when USPKS visits. Watch for Adam Brickley (Fullerton USA) and Danny Dyszelski (RPM / Tony Kart) to be among those challenge at the front along with the title contenders and a host of others. 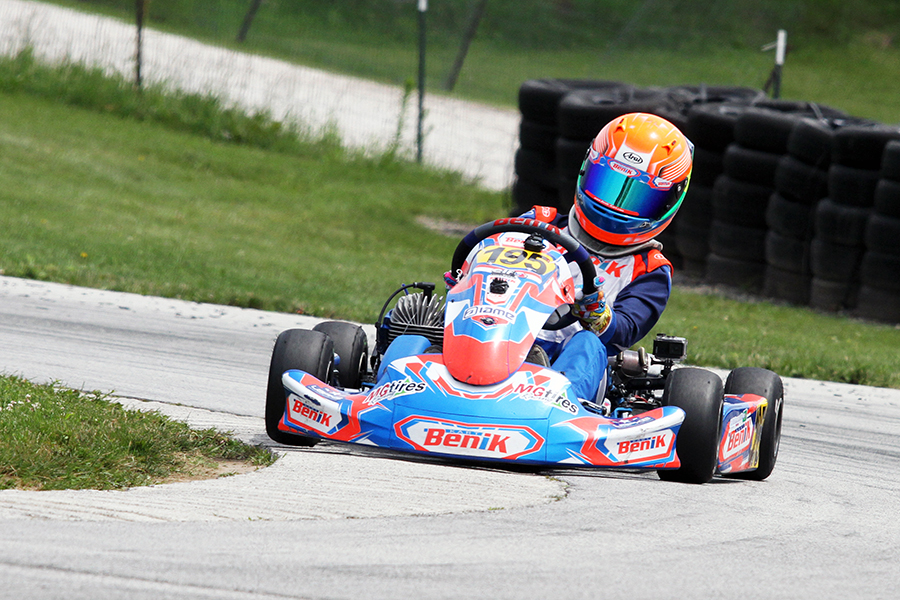 The X30 Masters title is another that will go down to the wire with two drivers standing out among the rest. Defending champion Scott Kopp (Franklin / Exprit) enters the weekend leading Mario Barrios (RPG / Kosmic) by 21 points. Each have a victory on the season, as do Scott Roberts (SCR / Redspeed) fourth in the standings and fifth place Miguel Mier (Crosslink / Exprit), the latest winner on the year. Danny Robertson (RPG / Kosmic) sits in the middle in third, looking to remain on the championship podium and join the win list for 2021. The only two-time winner on the season Renato Jader David (Orsolon / Tony Kart) will be racing in Italy.

The largest margin in the seven title chases is in Mini Swift where Enzo Vidmontiene (Benik) has a 350-point advantage over Round Three winner Kai Johnson (AKT / Kart Republic). In fact, the top-five in the championship still has a mathematical chance, thus Vidmontiene with two wins already needs to put in points over the weekend in order to clinch the championship in the best of seven format. Oliver Wheldon (JC / Kosmic) is one point back of Johnson in third with Round Two victor Diego Ardiles (Supertune / Tony Kart) sitting fourth. Oscar Iliffe (IRM / Tony Kart) has been one of the top performers throughout the 2021 season, just not yet finished on top of the podium in USPKS competition. He sits fifth the opportunity to move up to at least second with a solid two rounds at GoPro Motorplex. 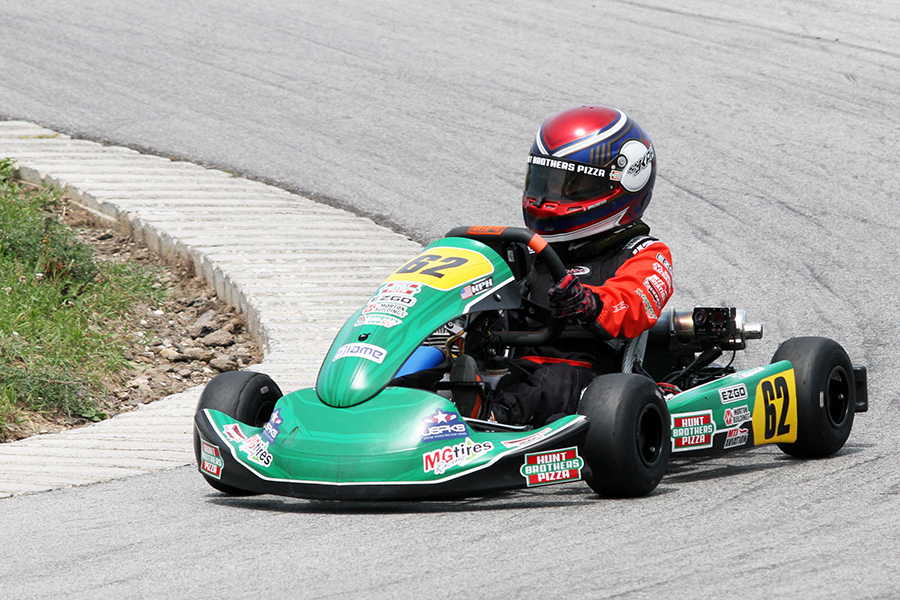 Only four points separate the top two drivers in the Micro Swift championship. One of the 31 pre-entries is point leader Keelan Harvick (Nitro Kart). One missing from the list is second place Augustus Toniolo (RPG / Kosmic). Harvick has two wins while Toniolo has three on the season. There has been no confirmation if Toniolo will be trackside to contend for the championship. Sitting third is Ethan Tovo (Nitro Kart), back by 240 points with Alessandro Truchot (Parolin USA) in fourth at a 372-point deficit.

Be sure to follow EKN Trackside coverage all weekend, listening to the play-by-play on Saturday and Sunday along with updates, photos, videos and more on the EKN Social Media channels.