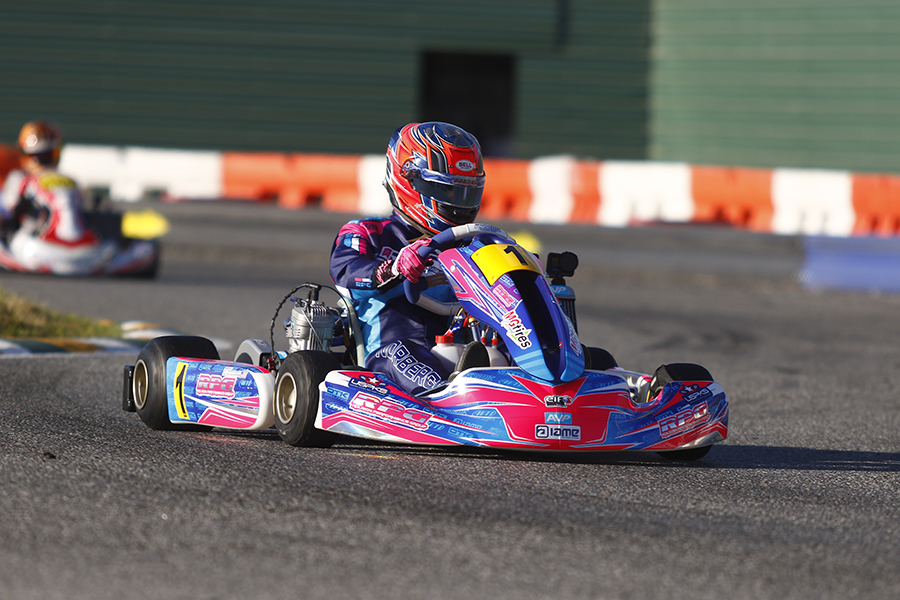 The 2022 United States Pro Kart Series got underway Saturday, March 5 at the Orlando Kart Center with the first round of racing completed for the Southern Grand Prix. Perfect weather conditions welcomed the over 300 drivers on hand at the Orlando, Florida circuit in the seven IAME categories. With qualifying completed on Friday, the Prefinal, Last Chance Qualifiers for four of the divisions, and the main events were held on the day. Rolison Performance Group driver Ryan Norberg defended his home track, scoring the victory in X30 Pro as the veteran Brandon Lemke for Franklin Motorsports held off challengers in the KA100 Senior division.

Saturday’s top qualifier for the Franklin Motorsports X30 Pro division was Orlando driver Paul Bocuse (RPG / Kosmic), who led the Prefinal ODD to the green flag. It was Norberg that came away with the race win with Bocuse slipping down to third. Alessandro de Tullio (Parolin USA) was the other Prefinal winner to join Norberg on the front row for the Final. Norberg jumped out to the lead and around lap five, was challenged by de Tullio for the lead. He fended off the fellow Florida driver and continued to lay down fast laps of the race. Once he established a solid lead, he maintained it to the checkered flag to lead all 20 laps for the victory by nearly two-seconds over de Tullio. Bocuse was able to slip past RPG teammate Nate Cicero for the third step of the podium with another Florida driver Aaron Benoit (URace / Tony Kart) up four spots to fifth right behind them. 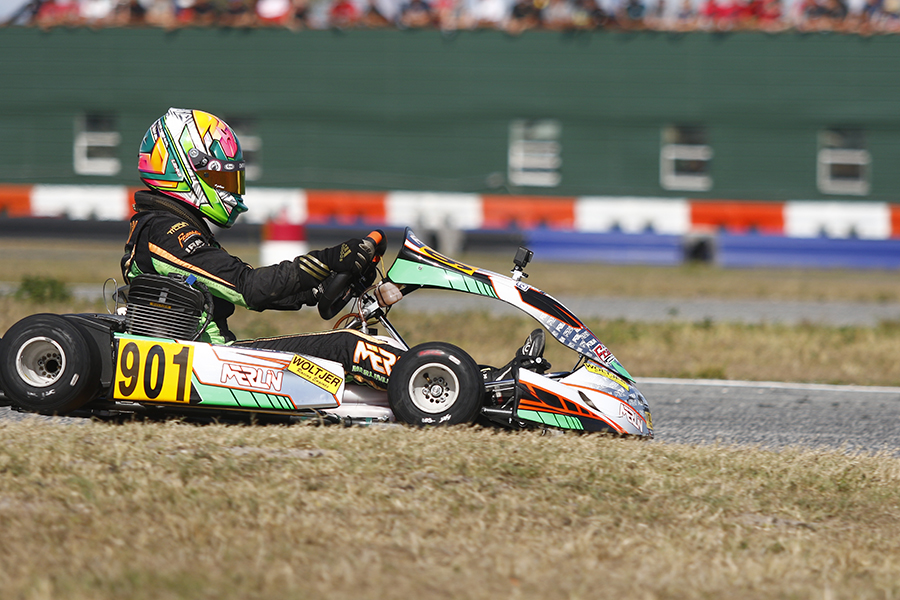 Jeremy Fletcher (GWR / Tony Kart) was the top qualifier for Saturday’s action in the Mike Doty Racing KA100 Senior division with Brandon Lemke (FMS / Merlin) P2. They each won their Prefinals to fill out the front row for the Final. Fletcher led the opening seven laps until both Nicholas Terlecki (FMS / Merlin) and Lemke were able to push past Fletcher, who fell down to sixth. Lemke led for a few laps before Terlecki wanted a turn at the point. Their fighting allowed the second group to close in, including Alex Dancho (MDR / LN) and James Bird (Tony Kart). Fletcher was able to get by both with fast laps of the race and put himself into third while Lemke reclaimed the top spot with five laps to go. From there, Lemke drove away to the victory with Terlecki holding off Fletcher for the runner-up position. Dancho ended up fourth with Alex Stanfield (GWR / Tony Kart) into fifth on the final lap as Bird slipped down the order. 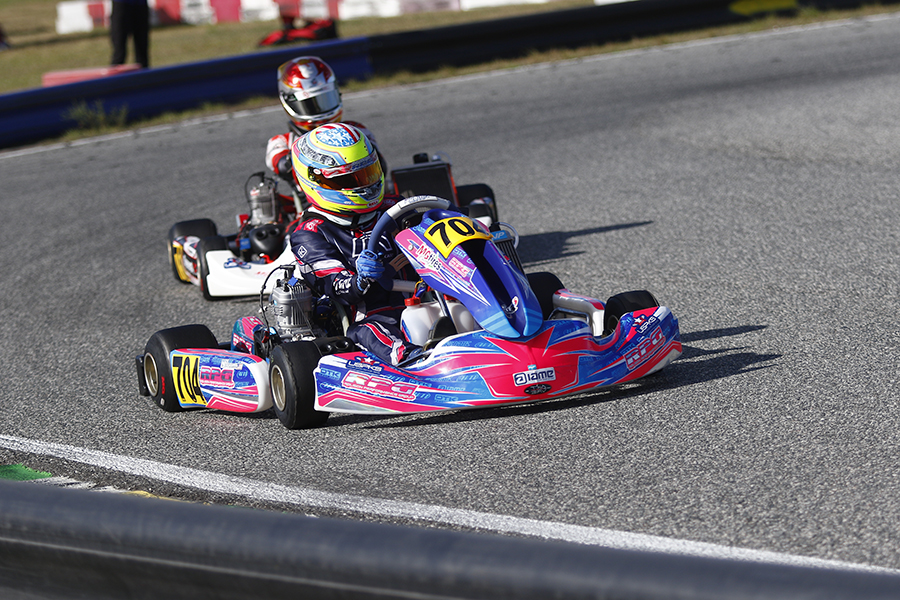 The Rolison Performance Group X30 Junior category ended up being a duel to the very end. Max Garcia (MPG / WPK) was able to grab the poll position on Friday to enter the opening round with the beginning advantage. It went away in the Prefinal as Caleb Gafrarar (RPG / Kosmic) was able to grab the victory ahead of Canadian Ayden Ingratta (SCR / Redspeed). The two broke away from the field at the start of the Final, with Gafrarar out front until lap eight. Ingratta looked to have the fast pace at the middle of the race, leading for six laps. The two then went back and forth for the lead with Ingratta taking the white flag as the leader. He ran a defensive line for much of the lap. As they went down the long back straight, Ingratta was to the inside until toward the end, moving back to the left to set up for the tight 180 hairpin. Gafrarar dove to the inside as Ingratta moved out, taking the inside line for the hairpin. Gafrarar came out with the lead and Ingratta returned fire at the blue corner, using as much curb as possible for an over-under move. They were side by side to the checkered flag with Gafrarar able to push forward to the line first for the victory. Leonardo Escorpioni (Zanella / Tony Kart) held onto third with Garcia placing fourth. Christian Miles (MDR / LN) improved three spots to fifth. 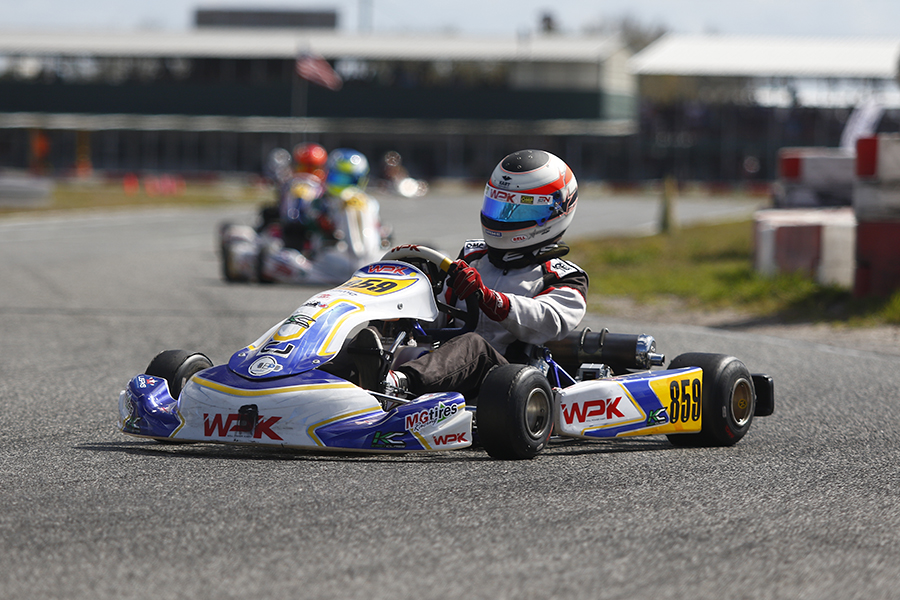 The Timmy Tech KA100 Junior class was another duel, featuring Caleb Gafrarar (RPG / Kosmic) and this time Helio Meza (IRM / Tony Kart). Gafrarar set fast time in qualifying on Friday and won his Prefinal while Meza was second, winning the other Prefinal. The two cleared the field early on in the 18-lap Final with Gafrarar at the point. Meza sat on his bumper nearly the entire distance, waiting for the last lap to make his move. As the completed the hairpin at the end of the long straight, Meza attempted to pull an over-under after Gafrarar defended on entry. As they made the exit, Gafrarar ran a shallower line, with Meza caught off-guard. The two made contact and Meza spun around, and did not continue. Gafrarar went on to take the checkered flag first. Officials however penalized Gafrarar for ‘eliminating other driver’ with the contact on Meza, thus dropping him down to 34th. That promoted Max Garcia (MPG / WPK) to the top of the podium in his first start in the class at USPKS. Parker DeLong (RPM / Tony Kart) was second with Cooper Shipman (IRM / Tony Kart) landing third. Landon Skinner (Speedsportz / Redspeed) and Lucas Szabo (MDR / LN) up 10 spots rounded out the top-five. 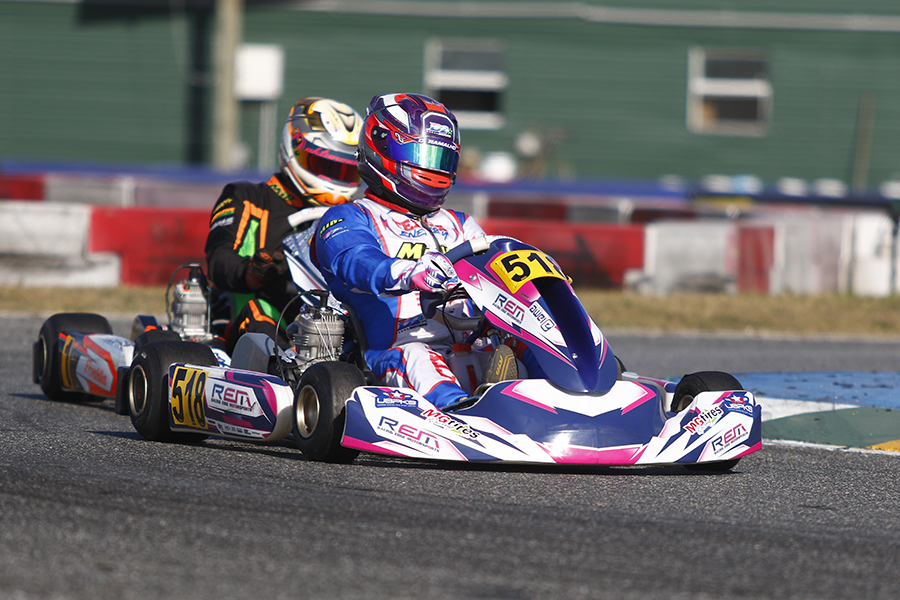 The Speed Concept Racing X30 Masters class welcomed a new winner to the category. Brazilian Danillo Ramalho (REM / Kosmic) set fast time in qualifying on Friday and led early in the Prefinal. 2021 vice-champion Mario Barrios (RPG / Kosmic) was the driver on the move, and improved six spots to grab the race win. He led the opening three laps until Ramalho took over and defending champion Scott Kopp (FMS / Exprit) followed through a couple laps later. Kopp would eventually run-down Ramalho and challenge for the lead on the final circuit. Kopp led going down the long straight, however did not run a defensive line. That opened the door for Ramalho to dive inside and grab the position. Ramalho held off one last charge by Kopp in the final corners to claim his first USPKS victory. Barrios held on to third with Scott Roberts (SCR / Redspeed) driving to fourth. Robert Maier (RPG / Kosmic) improved two spots to fifth. 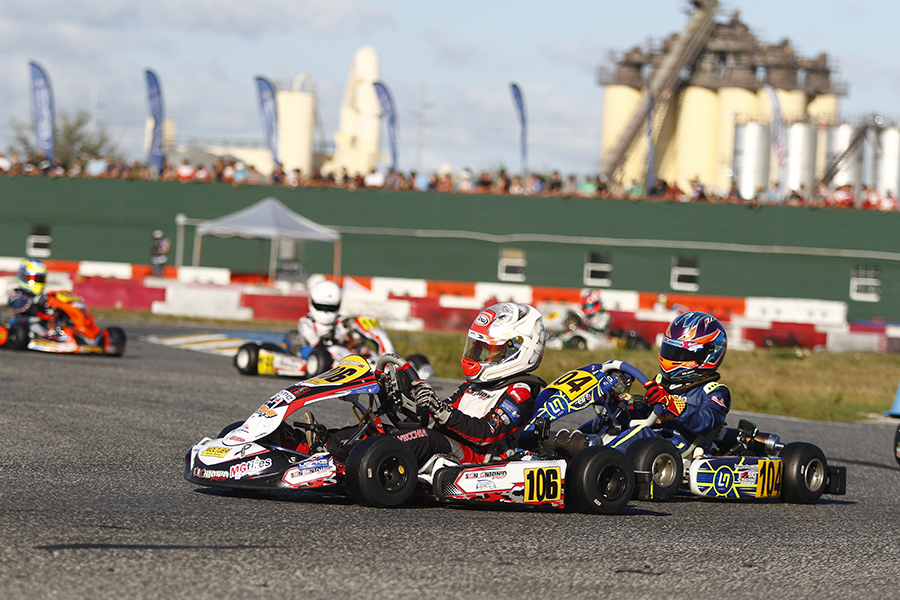 A great battle to the end unfolded in the DNJ International Services Mini Swift category. Top qualifier Salvador della Vecchia (SAR / Parolin) ended up second in his Prefinal to Oliver Wheldon (JC / LN) with Tyler Roberts (Parolin USA) winning the other Prefinal. The Final was Wheldon and della Vecchia fighting for the top spot with Keelan Harvick (Harvick / Parolin) leading another group in third. On the final circuit, della Vecchia was leading and fighting with Wheldon to keep the spot. As they reached the blue corner, Wheldon was turned sideways as they were fighting for position. This allowed della Vecchia to drive away to the victory, his first in USPKS competition. Harvick came through for second with Carson Weinberg (SCR / CRG) scoring a podium finish in third. Asher Ochstein (Supertune / Tony Kart) made it through for fourth with Sarah Bradley (Parolin USA) improving six spots to fifth. Wheldon was able to continue on, placing 15th while collecting Roberts, who ended up 16th, recording the fast lap of the race. 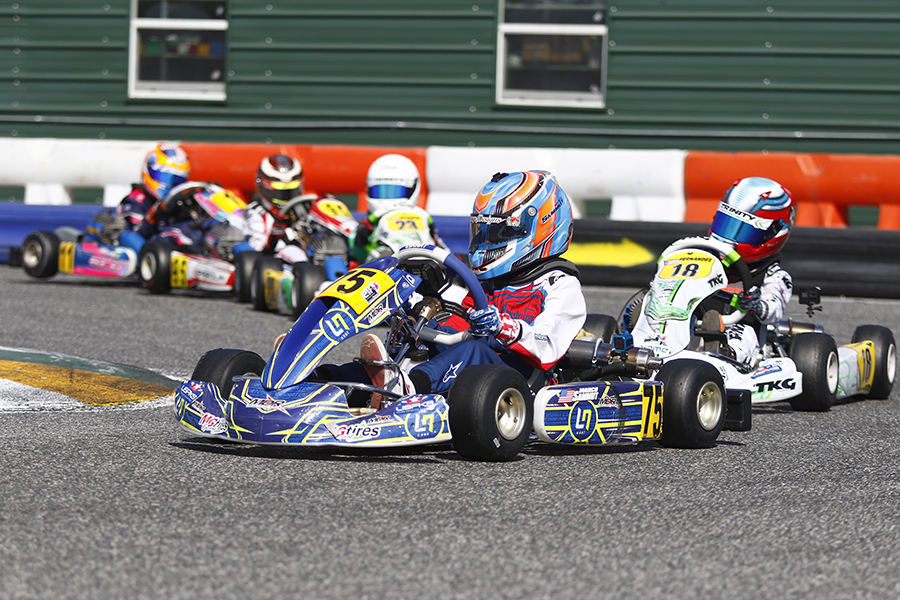 The Team Ferris Racing Micro Swift class featured a great battle with multiple drivers fighting for the chance to earn their first USPKS victory. Edward Kennedy (TKG / Kart Republic) set fast time in qualifying with Jackson Gibson (RPG / Kosmic) fighting his way forward for the win in the Prefinal. In the Final, it was Marco Sammut (MDR / LN) and Benja Fernandez (TKG / Kart Republic) that emerged as the top contenders. They swapped the lead multiple times to the end with Sammut coming away with the checkered flags for his first USPKS victory. Fernandez ended up second with Gibson placing on the podium in third. Kai Mars (TKG / Kart Republic) drove to fourth with Cameron Marsha (Nitro Kart) picking up fifth.

Sunday will be a repeat of Saturday at the Orlando Kart Center for the Round Two action of the United States Pro Kart Series Southern Grand Prix. Prefinals will follow the morning warm-up with Last Chance Qualifiers and the Finals to wrap up the action from Orlando, Florida. 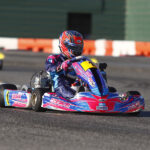